If you have ever met someone who repeatedly sabotaged their life or seemed to have a hard time moving things forward, despite the best of intentions, it may be that they were dealing with unprocessed grief. Most people have never been taught to deal with grief and as a result are stuck dealing with confusing emotions, relationships that don’t work and lives that can feel like they just don’t work.

This relationship between facing grief and being able to move through it in a healthy way was discussed at length by Prince Harry in a recent podcast with Bryony Gordon of Mad World. In the interview, Prince Harry addressed his personal struggle with dealing with the loss of his mother, grief he spent 20 years denying.

Raised in the spotlight, in a culture where keeping up appearances and holding it together are paramount, Prince Harry struggled through early adulthood and didn’t know why. A few very public drunken escapades and the expectation that feelings were not to be discussed led Harry to a very dark place. Some blamed it on traumatic experiences he’d had while serving in Afghanistan, but deep down Harry knew that wasn’t the cause.

His rage grew and he had no outlet. Thankfully, he started talking – to family members and to a therapist. And things began to shift. He slowly realized that the public grieving he was forced to do as a child did not adequately release his intense emotions. He took up boxing to deal with his anger and started a non-profit organization to help others, passionate about spreading the word that grief should not be suppressed.

Prince Harry discovered that simple and honest conversation about death and grief were the key to healing. In doing so, he processed his feelings and moved on from the death of his mother in a healthy way. Now he enjoys helping others move through grief and other painful emotions by listening to their problems, a technique he says is sometimes all you need to face grief and gain clarity of mind about your feelings.

Clarity in the face of grief is important not only to keep moving forward in your life and process your emotions in a healthy way, but it’s also necessary to be able to make the important decisions often faced when someone dies – and often not considered until it’s too late. The unfortunate result is a tough transition when a loved one dies.

What we can learn from Prince Harry’s experience is that grief should never be ignored. Denial can contribute to self-destructive behavior and an avoidance of dealing with important issues, such as how a loved one’s wishes should be carried out.

To be proactive and reduce the strain on your family when you die, so that they can focus on moving through the grief instead of stuffing the feelings so they can deal with all of the “stuff” you’re leaving behind, create a comprehensive estate plan that makes it easy for the people you love. Doing so will allow your family to focus on processing their grief without having to worry about over-managing your estate.

If you are ready to take that step toward making things as easy as possible for the people you love in the event of your incapacity or death, start by sitting down with a Personal Family Lawyer®. A Personal Family Lawyer®, can walk you through creating an estate plan that will protect what you value most. They always begin with a  Family Wealth Planning Session so you can get informed, educated and empowered to make the right choices for the people you love. Before the session, they’ll send you a Family Wealth Inventory and Assessment to complete that will get you thinking about what you own, what matters most, and how your affairs should be handled when you die. 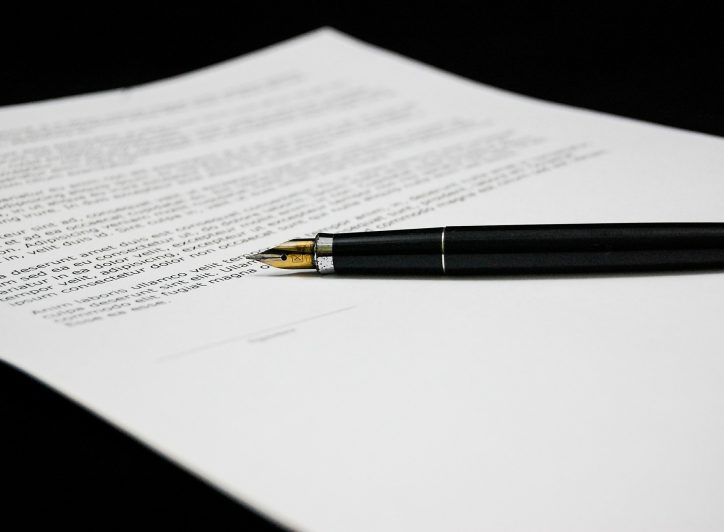